Images of Historic Hampshire – thanks to the British Library

I’ve just discovered* that the British Library has uploaded over a million images to Flickr Commons.

Yes, that’s right – more than a million – completely free to use as there’s no known copyright. The British Library plans to launch a crowd-sourcing app in 2014, which will enable members of the public to help describe what the images portray. Ben O’Steen wrote a detailed post about it on the British Library blog here.

I’ve only had time for a quick look so far, but have already found a bunch which depict scenes from Hampshire’s past, some of which I’ve included here. Stony Cross in the New Forest I don’t know about you, but I find it fascinating to see what familiar places looked like hundreds of years ago. I’m going to look out for the British Library app and intend to do my bit to help.

I first became aware of this thanks to Matt Buck who runs Matt Buck Hack Cartoons Diary. Matt is the genius cartoonist behind tobiasgrubbe or, as he describes himself: 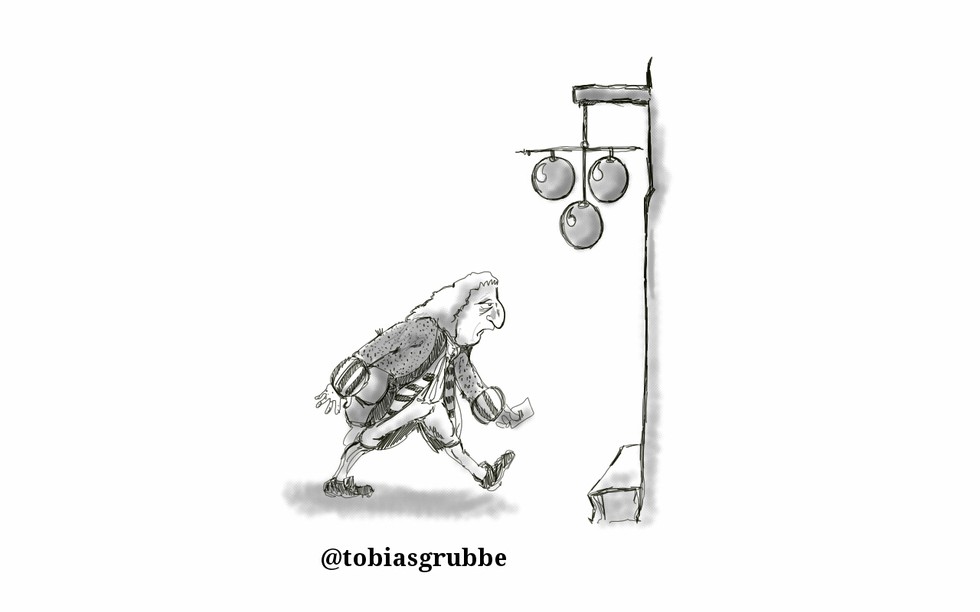 One of the many excellent cartoons by Matt Buck which wouldn’t look at all out of place in the British Library’s collection.

ENGRAVER to TOBIAS Grubbe – the C18th Gentl. of Word and Picture. I help him to publish his weekly OPINIONS on behalf of his PATRONS.

I’m interested in lots of things, in no particular order: society, politics, public services, open data, technology (and what you can do with it), wildlife, photography, the countryside, and long distance walking.
View all posts by Mark Braggins →
This entry was posted in Hampshire, History, Open Data, weekly blog club and tagged British Library, Flickr, images, Matt Buck, photos, tobiasgrubbe. Bookmark the permalink.